Get ready to add some good books to your summer reading list.

Summer isn’t over just yet! I have rounded up a few good books to read while you are lounging by the pool, kicked back on the patio, or maybe snuggled up in your favorite chair.

I personally don’t have a lot planned for this summer. After vacationing with the family, my goal is to curl up with as many books as I can. Here are a few at the top of my list.

The Last Widow by Karin Slaughter

In Karin Slaughter’s latest suspense novel, Detective Will Trent must discover who is behind the kidnapping of a scientist for the Center of Disease Control, and figure out if it’s the same person who’s responsible for a bombing in the neighborhood that houses the CDC, two hospitals, and a major university. When the woman he loves -medical examiner Sara Linton goes missing, the investigation takes a personal turn.

Speaking of Summer by Kalisha Buckhanon

On a cold December evening, Autumn Spencer’s twin sister, Summer, walks to the roof of their shared Harlem brownstone and is never seen again. The door to the roof is locked, and the snow holds only one set of footprints. Faced with authorities indifferent to another missing Black woman, Autumn must pursue the search for her sister all on her own.

The Bluest Eye by Toni Morrison

This is an oldie, but goodie that is worth revisiting if you’ve read it in the past.

Pecola Breedlove, a young black girl, prays every day for beauty. Mocked by other children for the dark skin, curly hair, and brown eyes that set her apart, she yearns for normalcy, for the blond hair and blue eyes that she believes will allow her to finally fit in. Yet as her dream grows more fervent, her life slowly starts to disintegrate in the face of adversity and strife.

A powerful examination of our obsession with beauty and conformity, Toni Morrison’s virtuosic first novel asks powerful questions about race, class, and gender with the subtlety and grace that have always characterized her writing.

The Right Swipe by Alisha Rai

Alisha Rai returns with the first book in her sizzling new Modern Love series, in which two rival dating app creators find themselves at odds in the boardroom but in sync in the bedroom.

American Spy knits together a gripping spy thriller, a heartbreaking family drama, and a passionate romance, all while tackling the issues of politics, race, and gender.

The Nickel Boys by Colson Whitehead

Based on the real story of a reform school in Florida that operated for one hundred and eleven years and warped the lives of thousands of children, The Nickel Boys is a devastating, driven narrative of two boys whose lives were forever changed after being sentenced to a hellish reform school during the Jim Crow era.

The Marriage Clock by Zara Raheem

To Leila Abid’s traditional Indian parents, finding a husband is as easy as match, meet, marry.

But for Leila, a marriage of arrangement clashes with her lifelong dreams of a Bollywood romance, where real love happens before marriage, not the other way around. So she decides it’s time to stop dreaming and start dating.

Mrs. Everything by Jennifer Weiner

We go back to the 1950s, following the lives of two sisters, both then and now. They attempt to navigate the ever-changing world around them, and like Weiner’s other novels, this one is simply a page-turner.

Lock Every Door by Riley Sager

When Jules Larsen takes a new job as an apartment sitter, she has no clue that she’ll eventually try to solve the disappearance of her coworker.
This heart-pounding thriller from New York Times bestselling author Riley Sager follows a young woman whose new job apartment sitting in one of New York’s oldest and most glamorous buildings may cost her more than it pays.

In Jean Kwok’s latest novel, a Chinese immigrant family comes to terms with its darkest secrets after the eldest daughter, Sylvie, goes missing. Her younger, more fearful sister Amy attempts to find her, traveling to the Netherlands, where Sylvie was last seen. But Amy quickly finds more questions surrounding Sylvie’s disappearance than she does answers.

22 Quotes About Gratitude to Inspire You To Be Thankful

Disclaimer: Lasonia B Graves is a participant in the Amazon Affiliate Program, along with other affiliate programs, which means I earn a commission on qualifying purchases. © Copyright 2018 - 2023 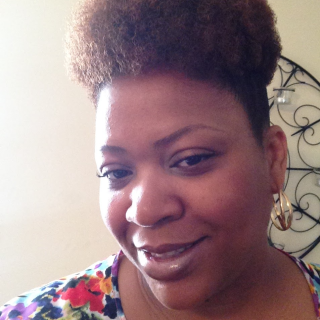 Hello! Welcome to my little space on the internet. My name is Lasonia, I am a wife, and mom of one ausome kid. Lasonia B Graves is a lifestyle blog that focuses on family, food, faith and fun. I share simple recipes for busy moms along with parenting tips. I hope you'll stick around for a while, and visit us often.